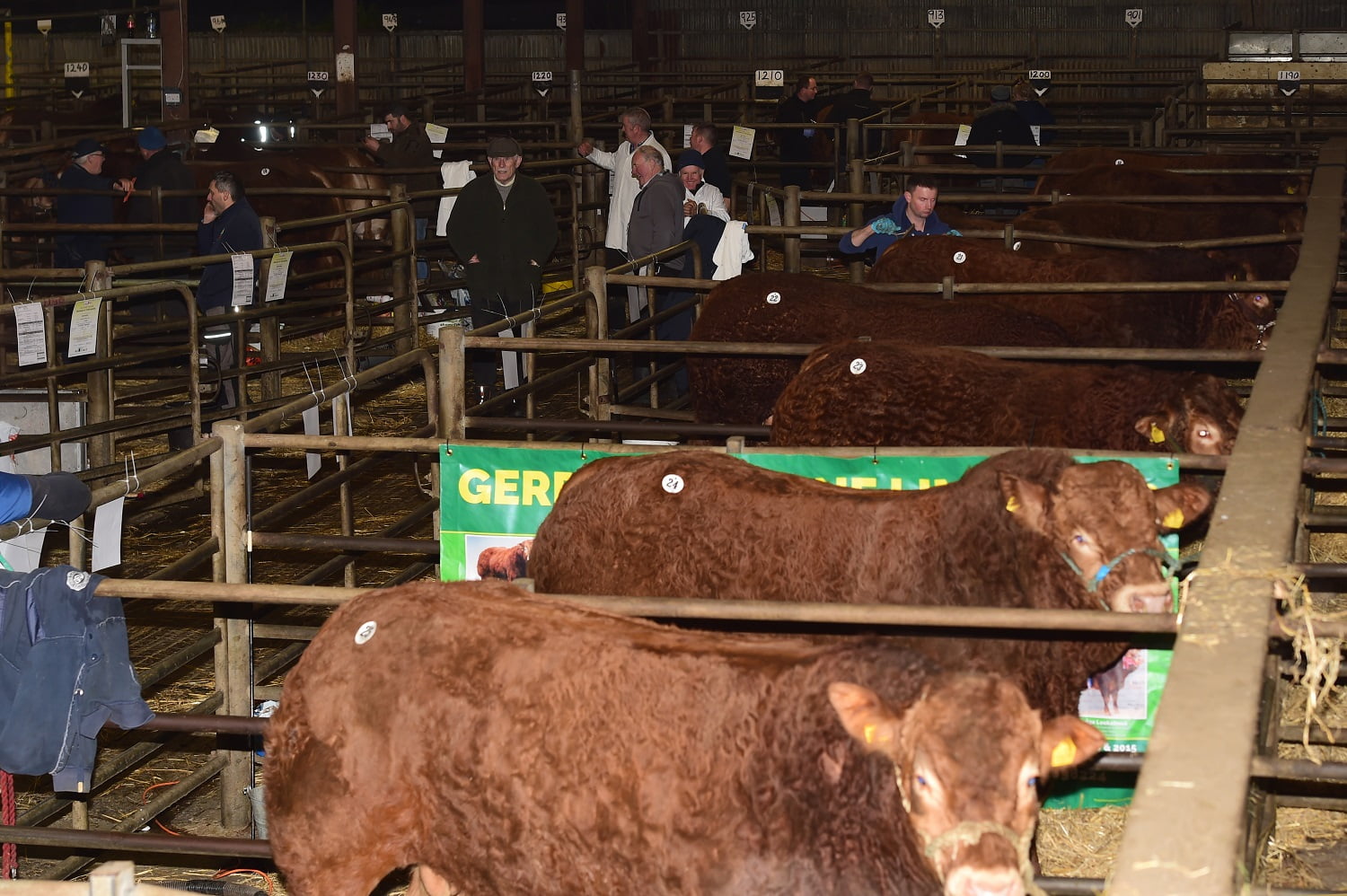 Tuam mart hosted the final society Show & Sale on Friday evening the 30th November, tasked with judging the show were the brother and sister duo – Daniel and Rachel Moloney of the renowned Ardnacrusha herd. Daniel and Rachel have shown Limousin cattle for years and are very well known and regarded in the show ring. Both are active members of the Limousin YMA. This year the Ardnacrusha herd won both the coveted RDS Champion of Champions with the homebred heifer Ardnacrusha Kylie Et and the Male of the Year (for the second year running) with Ardnacrusha Lord of the Rings. Daniel and Rachel’s commercial Limousin Heifer “Everest” beat off stiff competition to win the Commercial Breeding heifer of the year in Cappamore last August. 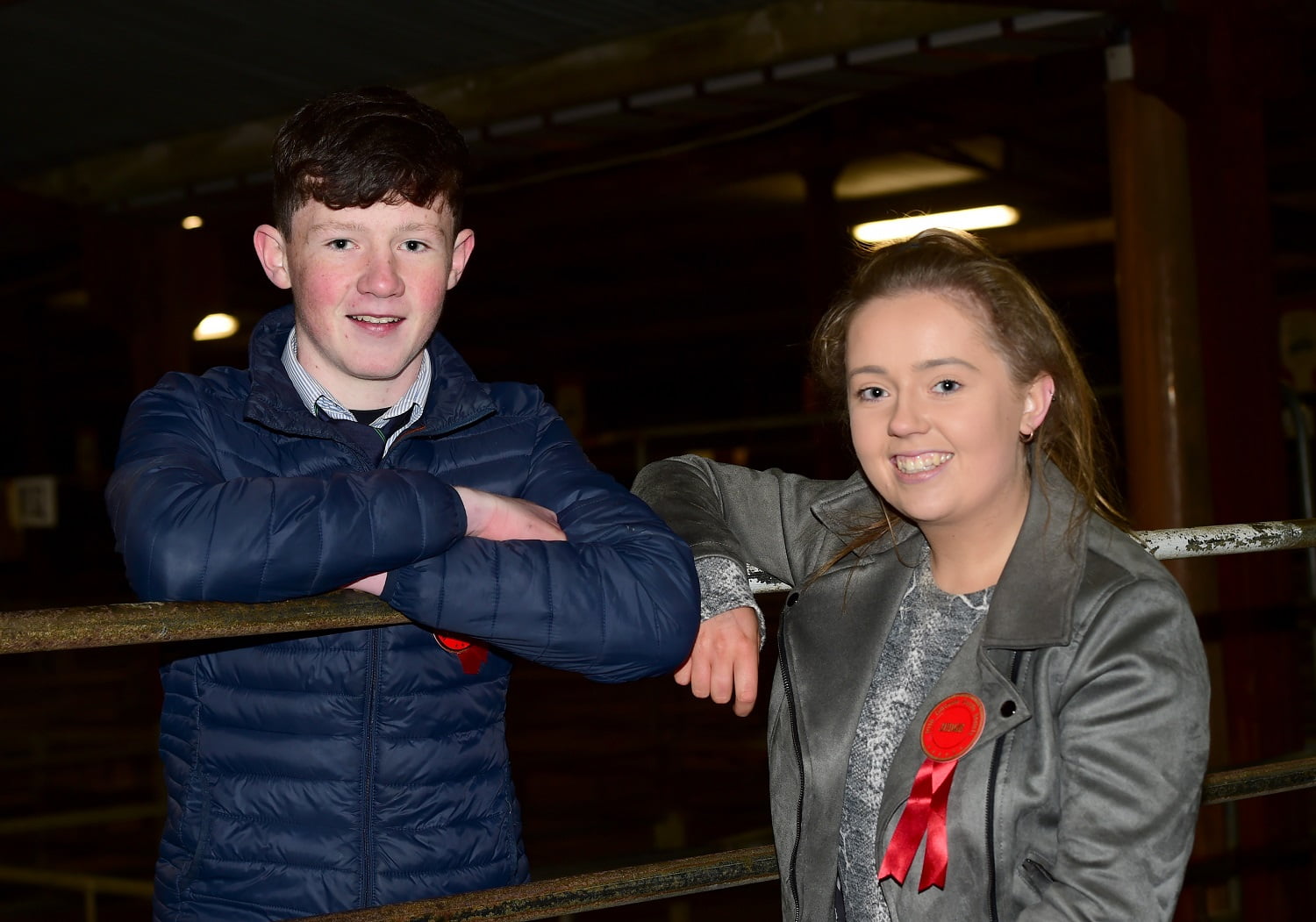 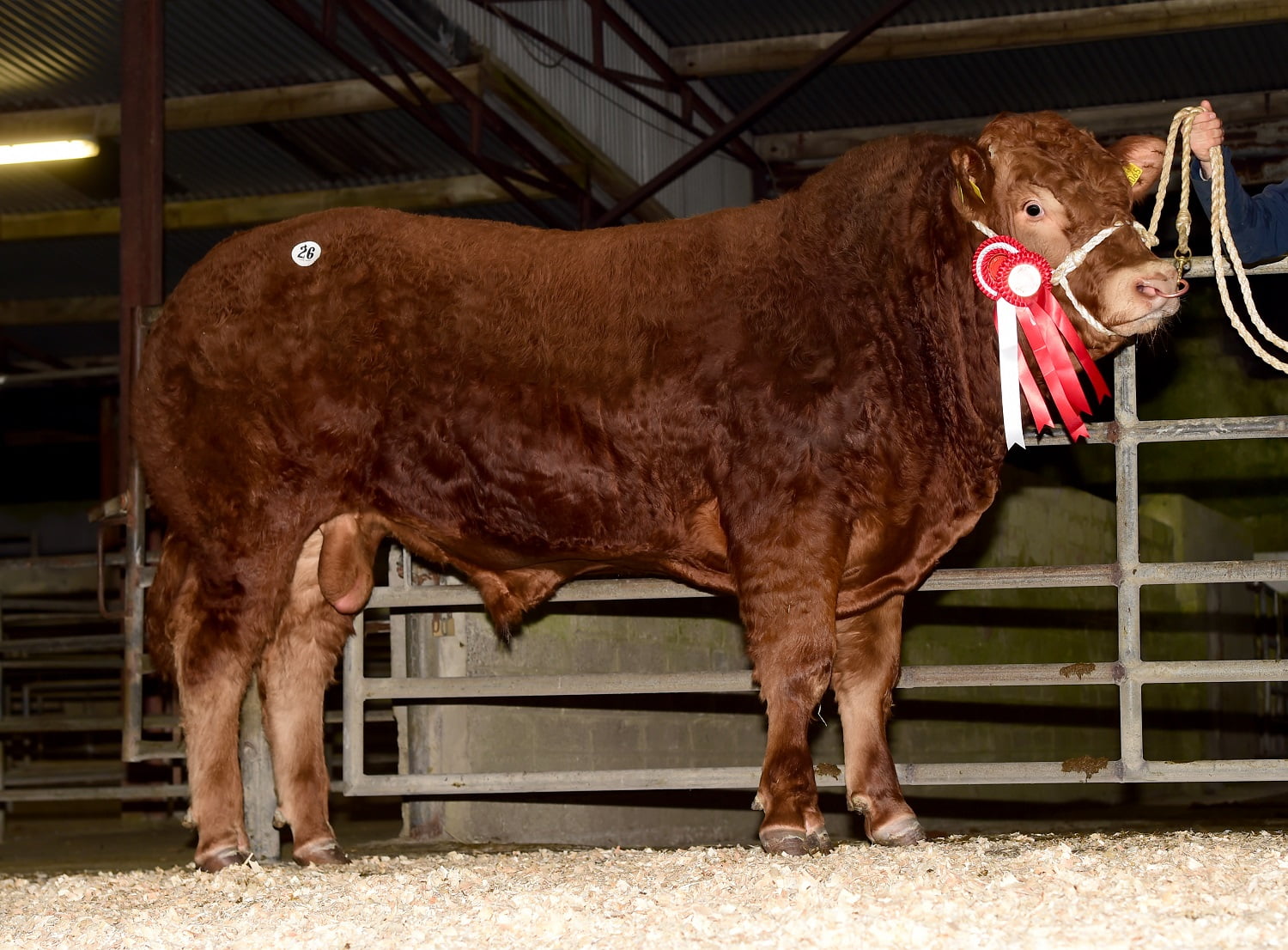 Lot 45. Laurence & John Lynch, Kilmallock, Co. Limerick sold his second prize winner Portauns Magic for €3600. Magic is a son of Bavardage (AGB) and the Ulm daughter Portauns Helen. Magic came to the ring with a Replacement index of €141 and a Terminal index of €160. Fourteen-month-old Magic was acquired by Peter Keane, Kinvara Co. Galway. 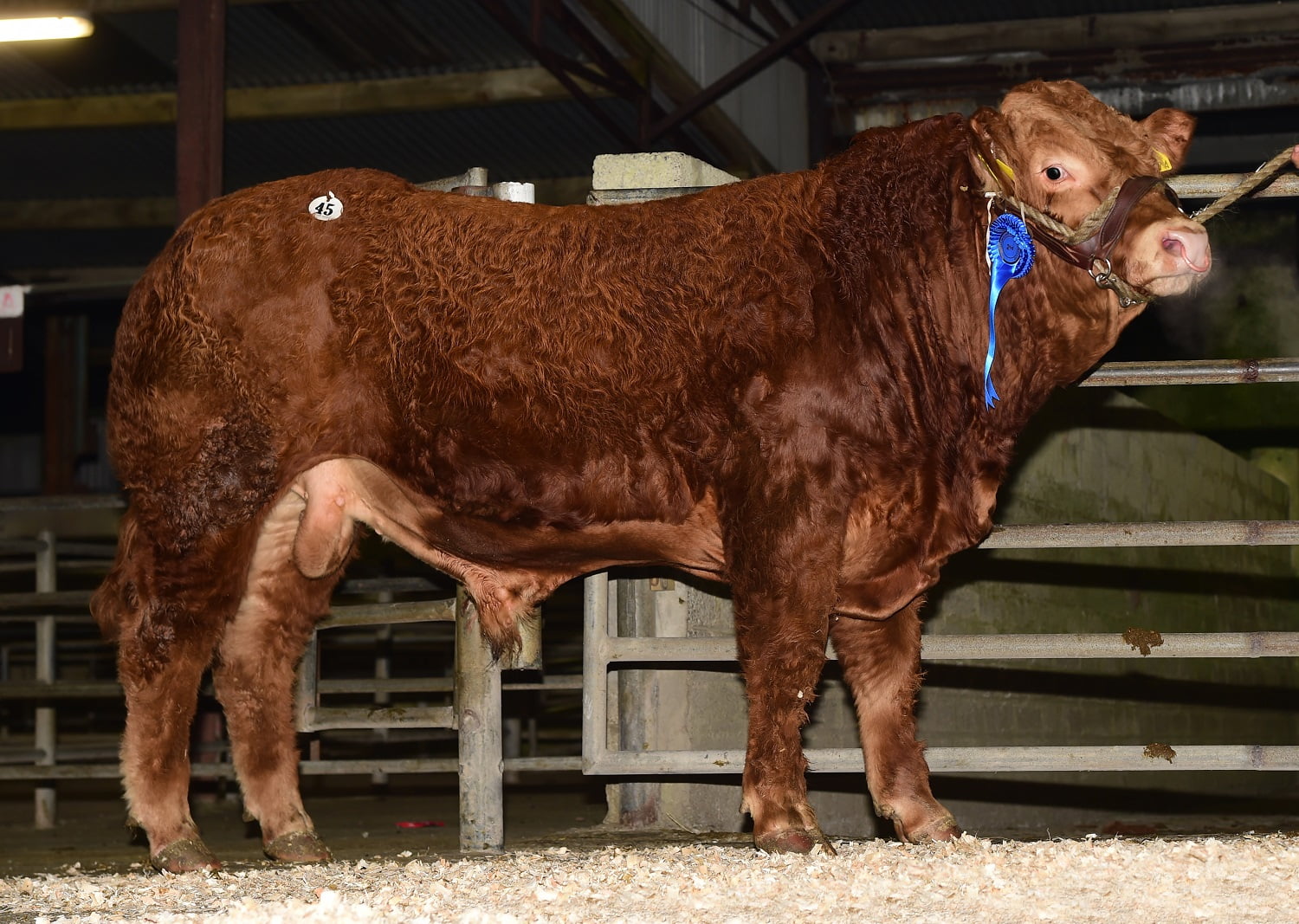 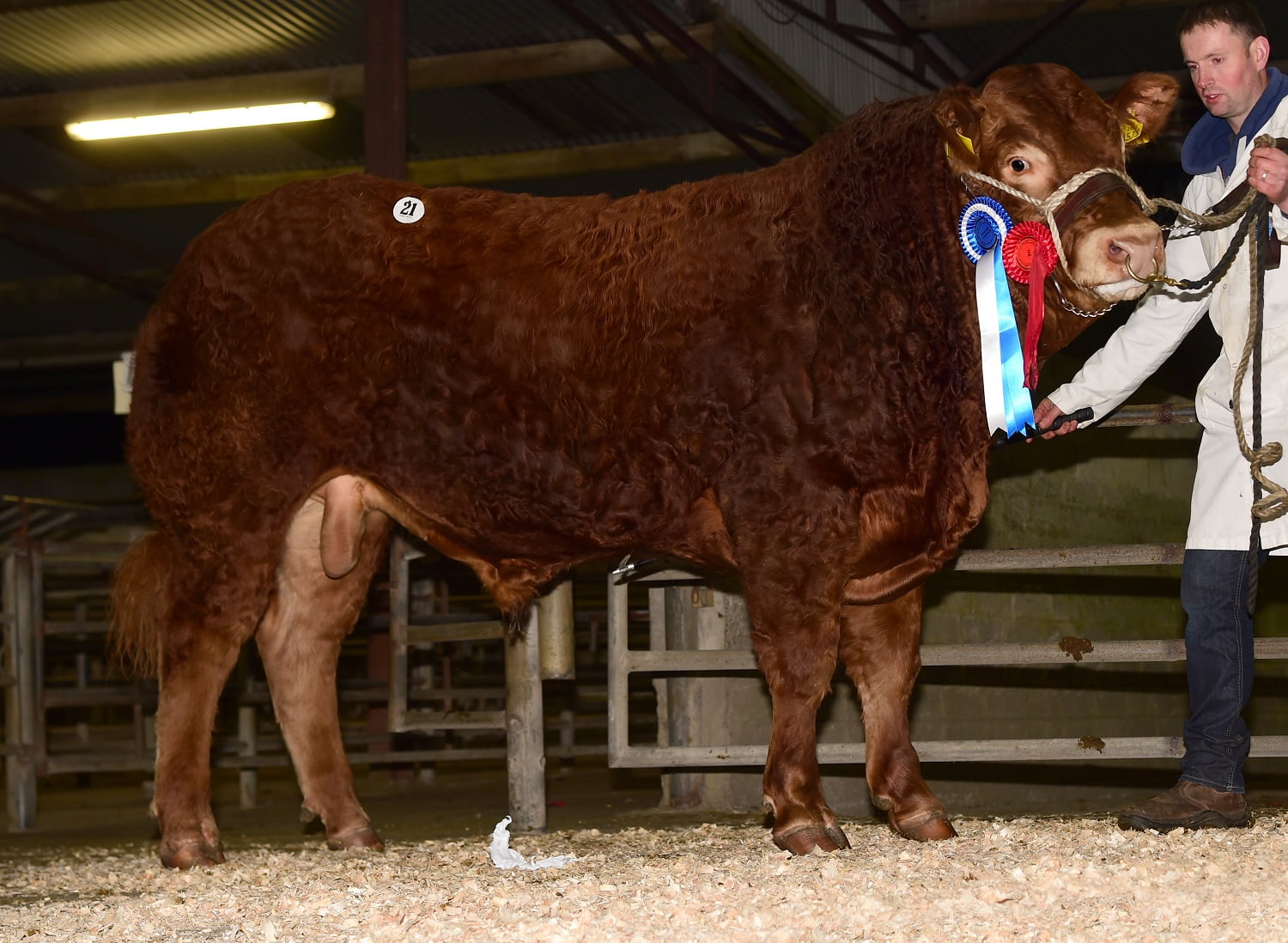 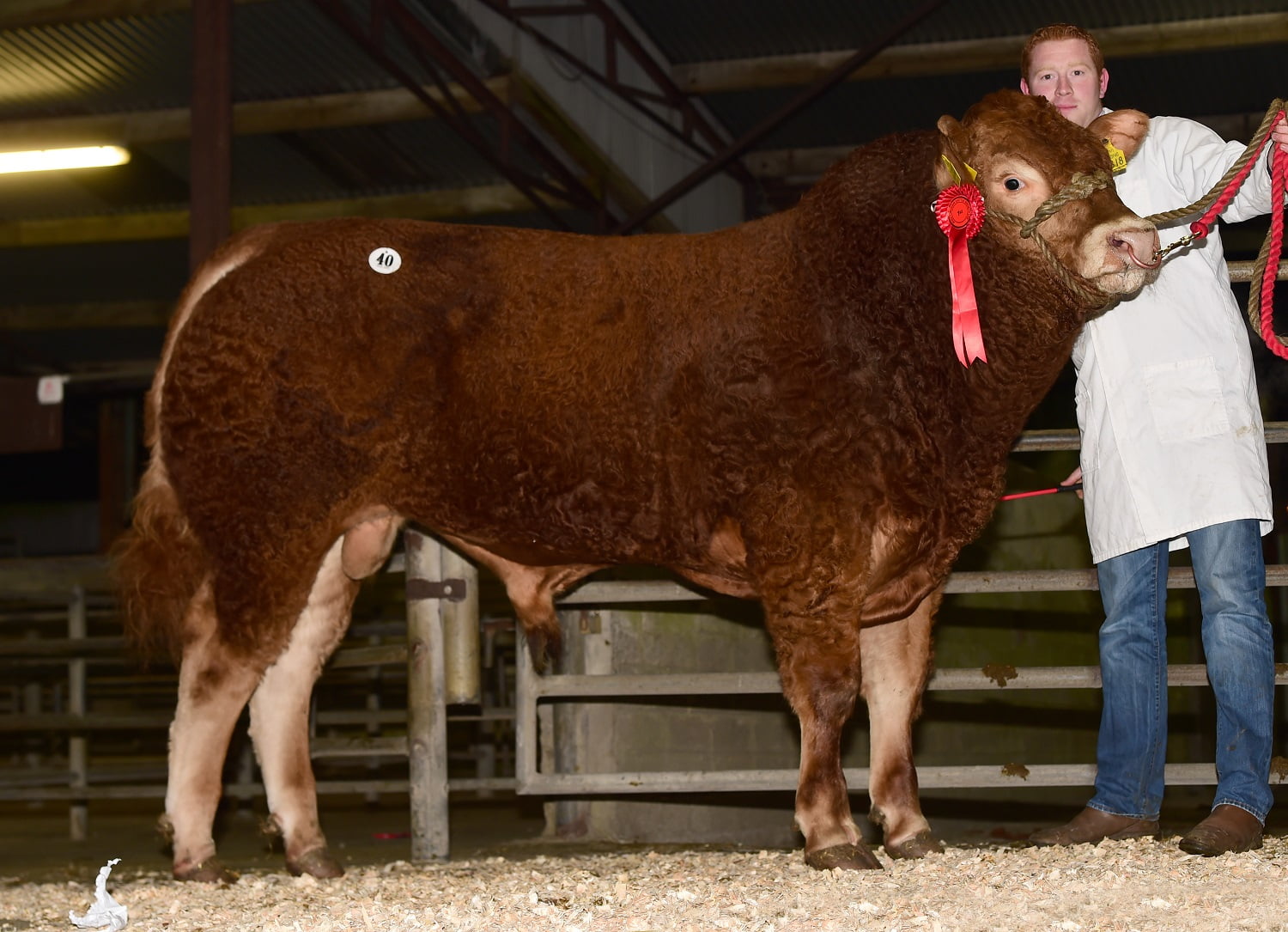 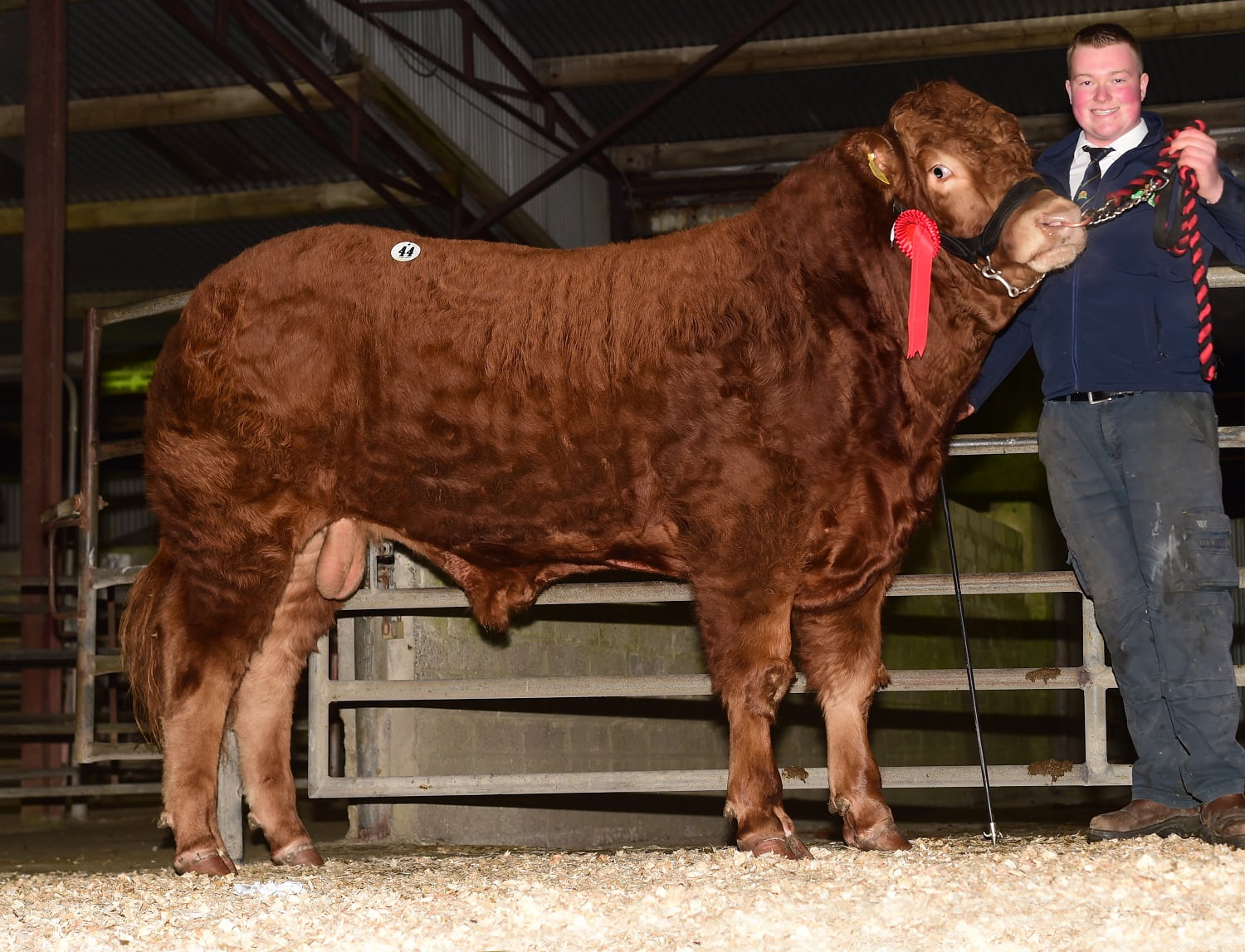 Lot 14. A Westmeath based farmer purchased Ammaghmore Masterpiece for €2900. May 2017 born Masterpiece has Gerrygullinane Glen (LM4044), Sympa and Milbrook Tanko in his sire stack. Masterpiece was bred by Sean Garrett, Ballycastle, Co. Mayo.

Lot 17. Noel Fennessy’s Wood Road Moss also changed hands at €2700. Moss has Ampertaine Commander (APM), Wilodge Vantastic and Festin in his lineage. Moss has five-star ratings in most traits. He was acquired by a Loughrea, Co. Galway based farmer.

Lot 16. Clooncara Limousins Malone from the herd of David Cogan, Kilmovee, Co. Mayo sold for €2500. Malone has Norman Inventor (LM4151), Milbrook Tanko and Lino in his sire stack. This 3rd prize winner was purchased by a local farmer.

Champion heifer was awarded to Lisnageeragh Mary presented by her breeder Des Joyce, Williamstown, Co. Galway. Mary has Ampertaine Foreman (S1421), Rocky and Mas du Clo in her pedigree. She left the ring unsold having failed to meet her reserve. 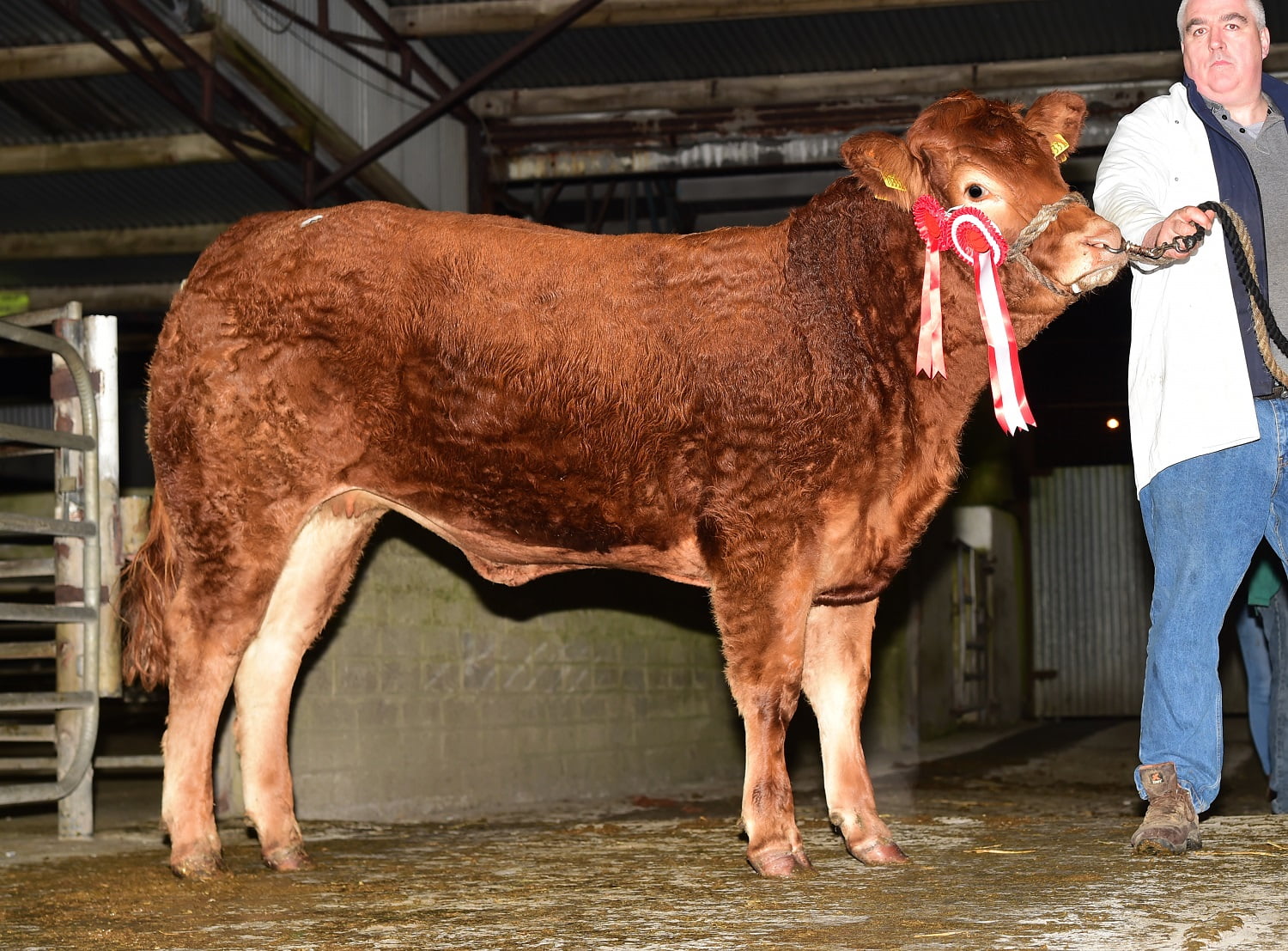 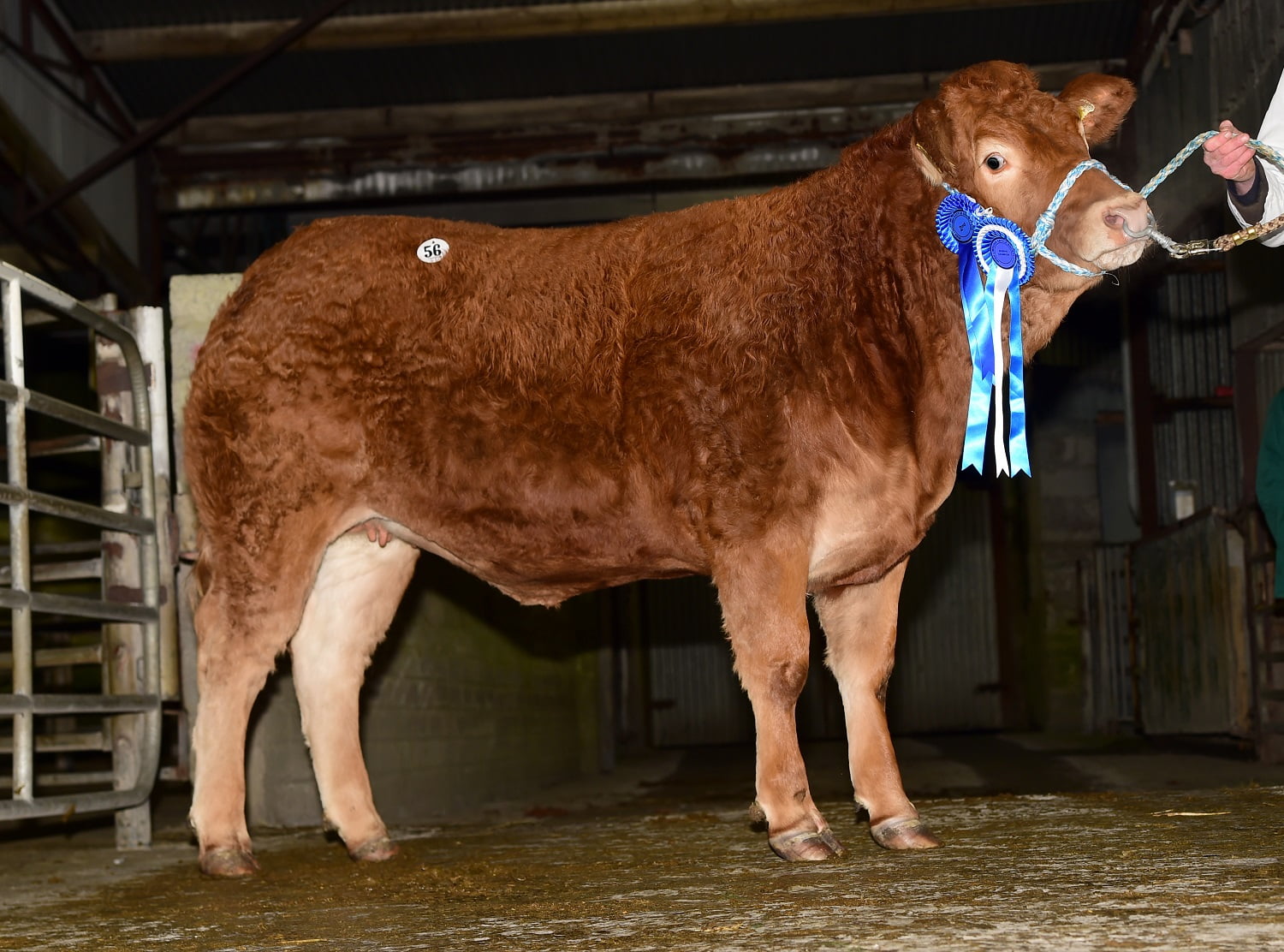 The Irish Limousin Cattle Society would like to thank most sincerely all purchasers at our sales – we wish you well with your new livestock. We would also like to thank and congratulate Daniel and Rachel – today’s judges. Thanks to our steward Donal and the management and staff of Tuam mart.

Thanks to George, our auctioneer and to the breeders and exhibitors. Our next sale is on Friday evening the 1st March 2019 in Gort mart.