Pics: Full report from the Limousin ring at Tullamore Show 2022 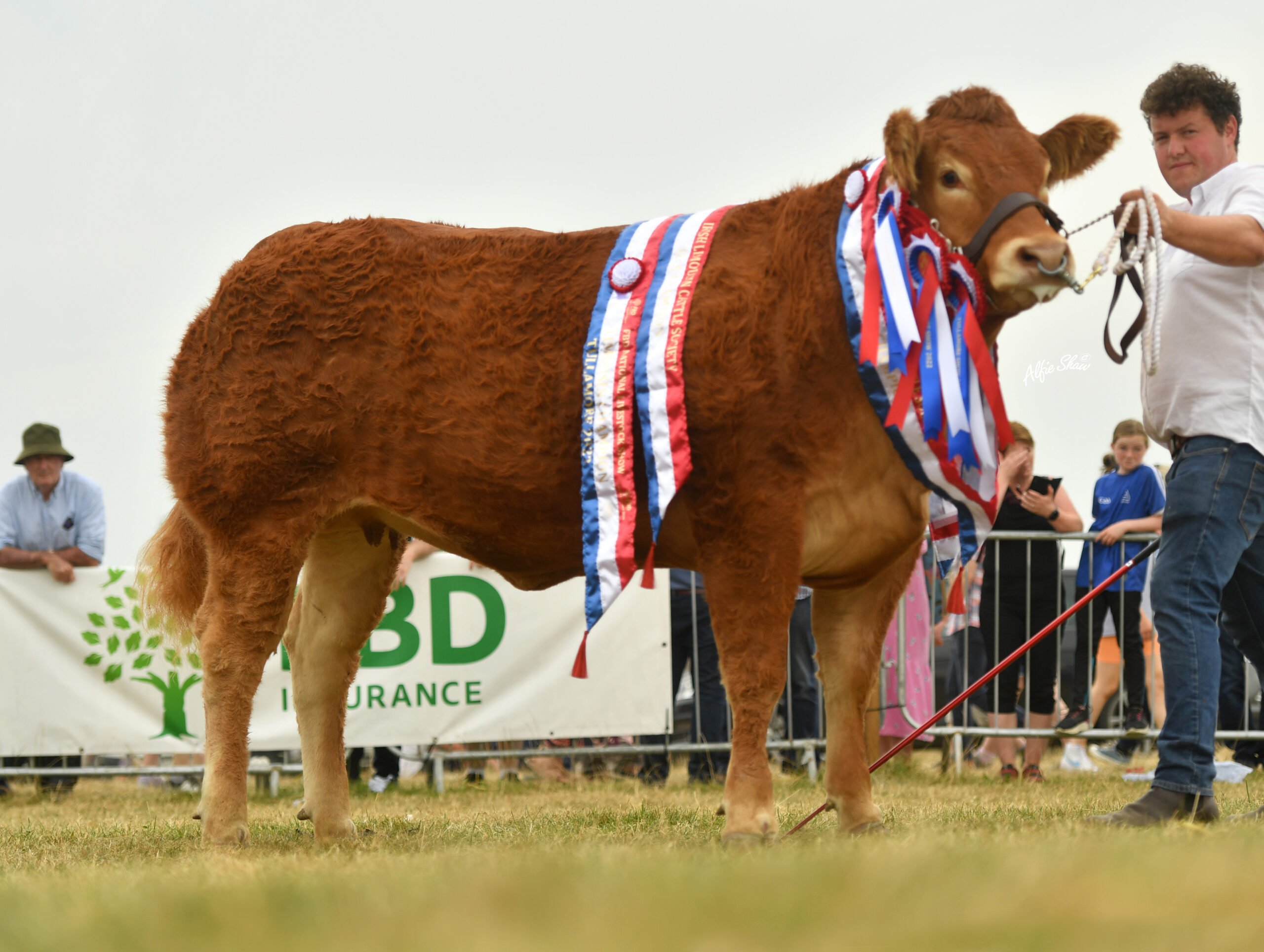 The Tullamore Show returned in style on Sunday, August 14th, with thousands of farmers enjoying the showring buzz and the high temperature. Mr. Craig Ridley from Cumbria was tasked with the difficult job of judging, with some 23 classes taking place on the day itself.

Diving straight into the results, it was a day that PJ McGrath and Kelly Stephenson won’t forget in a hurry. The Wicklow-based breeders took home first prizewinner in class 72 with their heifer – Glenford Royalty – before taking the female championship. She was eventually tapped out as the overall Limousin champion in the last class of the day. She is sired by Plumtree Fantastic out of Baileys Minnie. 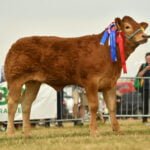 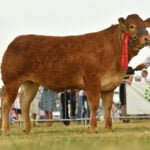 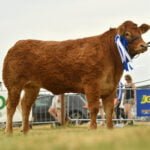 Turning to the male division, it was the Connell brothers who were awarded both the junior and overall male champion with their bull, Carrickmore Schumacher Et – a son of well-known sire Sympa. 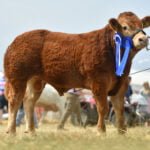 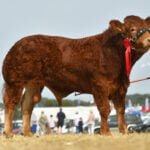 The first class of the day was won by William Collins with Ballybrown Torro, while Elanor Reilly won first prize in class 59 with Rockstar Sconic Et.

This class was won by David Cogan with his bull, Clooncara Showman and sired by Ampertaine Majestic.

First prizewinner was awarded to Willie Smith, for his bull Millbrook Sydney. He is sired by Ideal 23 out of Millbrook Naughtey Spice. 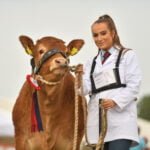 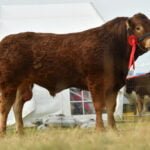 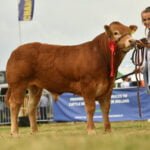 Bobby O’Connell brought home the red rosette in this class with his bull, Ballybrown Torro – a son of Plumtree Fantastic.

Another first prize for Willie Smith in this class with Millbrook Nenya.

Roundhill Punanime Et was awarded first in this class. She was bred by Bobby O’Connell. 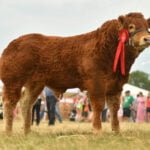 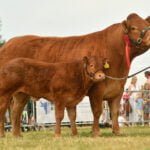 This class was won by William Smith with his heifer, Millbrook Siabh.

Philip Dunne, with his heifer Liscarn Sparkle Et, was the first prizewinner in this class. 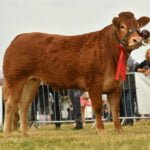 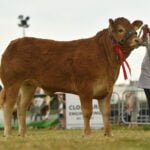 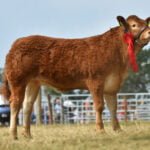 Willie Smith took home the top spot in this class with his pair – Millbrook Sportyspice and Millbrook Senorita. The Irish Limousin Cattle Society would like to congratulate all breeders that took part in the National Championships. A special thanks also goes to all the sponsors including: FBD Insurance; Agri -Lloyd; and AIB. The next event – the 50th Anniversary Show and Sale – will take place on the weekend of September 30th to October 2nd in Carrick-on-Shannon.

For extended coverage of the Tullamore Show, head over to the society’s Facebook page.