Limerick show was held on Sunday 25th August at Limerick Racecourse in Patrickswell on what was a beautiful autumn day. Judging the Limousin classes was the well known and highly regarded judge Clive Jennings. Clive is based in Enniskeane, Co. Cork, where he runs the Brooklands pedigree herd. One of his homebred bulls Brooklands F0959, has done extremely well in AI – he stands in Dovea as KJB. In the recent ICBF report “Most Popular Beef AI Sires in Suckler Herds – 2018” he placed sixth most popular Limousin AI sire with in excess of 2250 calves sired in 2018.

Catching Clive’s eye from the moment she stepped into the show ring was Millburn Nightingale Et from Richard O’Beirne’s Millburn herd, this outstanding December 2018 born daughter of Wilodge Vantastic and Millburn Bobby Dazzler, and having won her class she was then crowned Champion Limousin. Standing in reserve was Nightingale’s full sister – 22 month old Millburn Must Have Et. Completing the dazzling performance for Millburn born cattle was Millburn Nijinsky Et (who took the red rosette in the Limousin Bull calf class and Millburn Notable (second in the Class 86 – to Millburn Must Have Et). Nijinsky is a full brother to the champions while Notable is also a daughter of Bobby Dazzler but is sired by Goldies Jackpot. 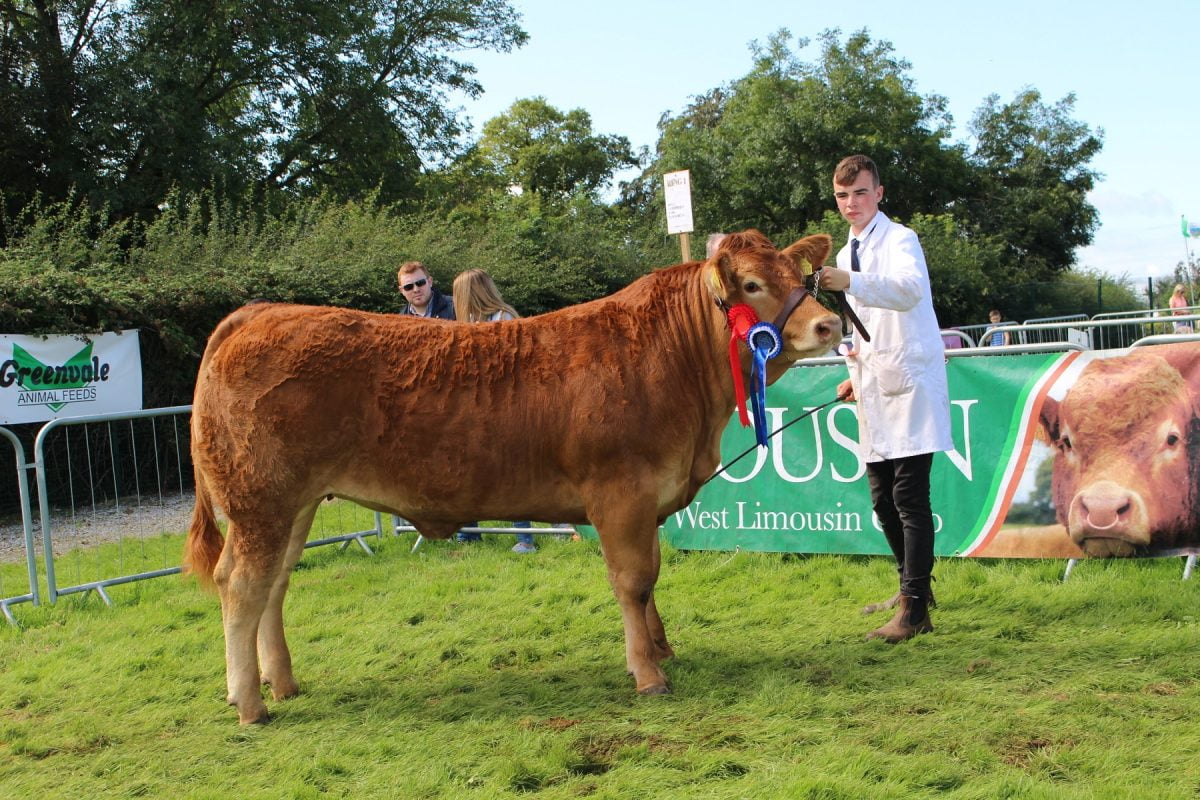 Class 86 Winner and Reserve Overall Champion Millburn Must Have Et

Prior to the Limousin classes a Interbreed Calf class was held coming out on top was Thomas Murphy’s heifer Hill Top Petunia Et. 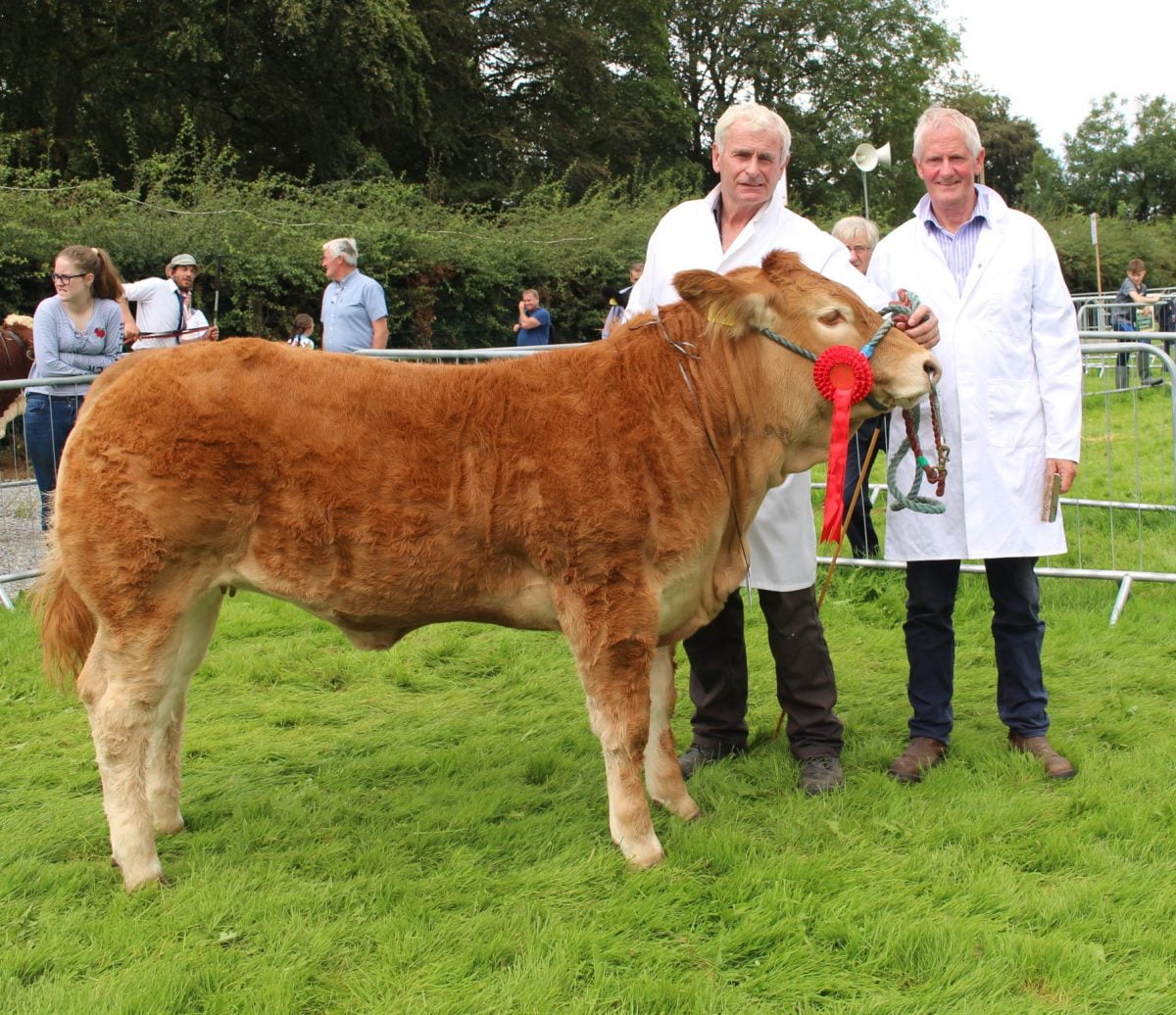