Irish Limousin genetics – the formula for success for Coolrain herd 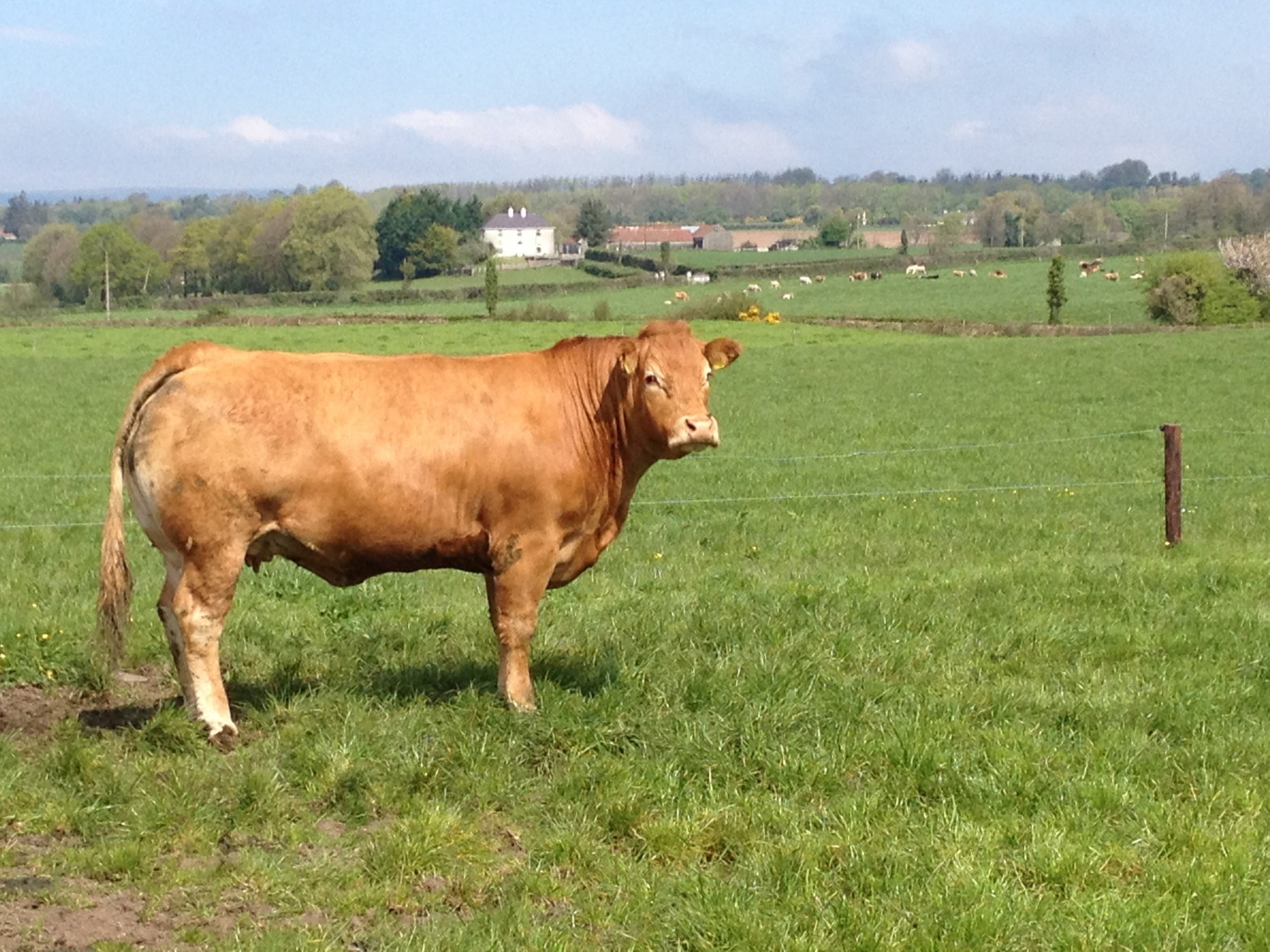 A commitment to Irish breeding has paid dividends for the Kennedy family’s Coolrain herd, with Irish sires favoured throughout the herd’s 20 year history.

Founded in 1999 with a brace of heifers purchased from the Irish Limousin Society’s Roscrea sale, Gearoid Kennedy says the initial thought was to use a fashionable French bull on these heifers.

Researching potential sires became the focus and while French genetics were to the fore at the time, we just had to try the impressive Irish bull Milbrook Lancelot.

Our faith was repaid in full with his first calf finishing second to the overall champion at an ILCS sale in Tullow – not bad for two novice handlers we thought, with our initial investment recovered that day alone. We had some great Lancelot bulls that did very well thereafter, but unfortunately no female calves.

“Then not long after that a Lancelot female came up for grabs at the ILCS Roscrea Premier Sale, it was a chance we couldn’t miss.  She came scanned in calf to another Irish bull Springvalley Paul by Gamin and the heifer herself out of the Geant cow Milbrook Nina.

“The resulting calf, Coolrain Unreal was special and despite finishing second to another of our bulls (Ferry x Haricot) in Carrick he came home unsold as we thought so highly of him.

“Working in Kilkenny I had heard of the highly regarded Kilkenny Bulls sales and our first visit there was in 2005 with Unreal. He went on to win his class before before taking the overall male championship and topping the sale. It was clear to us even then that Irish breeding could compete with the best in the world.”

As numbers grew and with Gearoid working up to an hour from the farm, he says getting cows successfully in calf using AI became a challenge and costly. “Given our success with Irish bred sires, the many generations of top class French & British genetics invested by Irish breeders and the number of Premier sale bulls going overseas into pedigree herds, purchasing a sire at a Premier Sale in Roscrea was the obvious next step.”

However, as Gearoid admits it would have to be a special bull to justify the investment. “We wanted a bull with exceptional docility, ease of calving, a strong female line, show presence with length and growth and a natural ability to produce fleshy, modern cattle. On top of that we also wanted good ICBF Data.

“In 2008 there was one bull than met all the criteria and had amassed 15 Red Rosettes before coming to the Roscrea Premier Sale. This was Moloskey C Hawk by Ronick Hawk out of a heavily muscled Mas Du Clos cow,” explains Gearoid.

Even though he was the most expensive bull on the day €8600gns the Kennedy family still rate him as a cheap investment as he left many powerful feminine daughters full of milk with exceptional docility.

“Even after calving we could walk up to his females in the middle of the field and examine the cow and calf before continuing with the rest of the herding and driving back home happy in the knowledge that all were ok. We built our herd on C Hawk’s exceptional daughters. Any cull cows sold regularly made in excess of €2000 off grass. His sons did well also selling to €5000gns, with a number of choice sons being sold off farm as weanlings from €3000 (a daughter of Moloskey C Hawk is pictured above).

“With such a great start we were regular visitors to the Roscrea ILCS Premier sales to see what was breeding well and identify a potential herd sire. Wilodge Vantastic was very popular, but we weren’t keen to compromise on calving ease and, therefore, didn’t want anything too extreme.

“Once again the shopping list was out. After the customary scout around the pens before judging we kept returning to the Vantastic son Drummin Goliath – very correct front legs, good growth rates, good confirmation and, being off probably the last of the Litron cows, we knew exceptional docility and milk were a given also.”

Having made their minds up the Kennedy family stuck to their guns and bought Goliath, once again retaining a large number of daughters from him. “We sold a number of sons at Society sales and they were often among the top prices. A daughter offered at Roscrea made €4500gns,” he adds.

A number of other bulls have been bought from Roscrea over the years including the Ampertaine Commander son Newtown Hardman, followed by Bellingham Jester, himself by Amptertaine Elgin. “Both of these bulls did well for us, with sons of Jester particularly well sought after and one selling to mainland Europe and others going as both pedigree and commercial stock bulls locally and further afield.”

Coolrain Rumble in the Jungle – a Jester son

The Coolrain herd’s most recent addition is the stock bull Ernevalley Peterpan, an Ampertaine Majestic son which was bought in late 2020 at the rescheduled ILCS online sale. “We’d seen photos and videos of him and spoke to his breeder ahead of the sale, so were confident he’d suit our cows.

“From the outset we’ve been big fans of Irish bred sires and that remains true today. The strength in depth on offer in the Limousin breed here in Ireland is exceptional and there is no doubt in mind that Irish bred Limousins can stand their own with the best in the world,” says Gearoid.